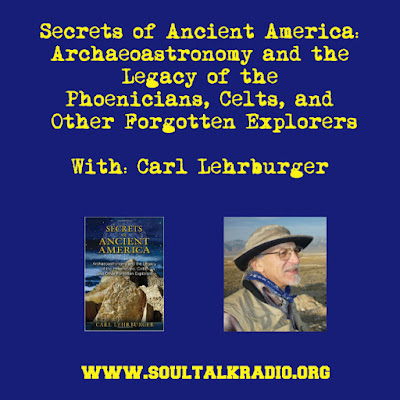 The real history of the New World and the visitors, from both East and West, who traveled to the Americas long before 1492

• Provides more than 300 photographs and drawings, including Celtic runes in New England, Gaelic inscriptions in Colorado, and Asian symbols in the West

• Reinterprets many archaeological finds, such as the Ohio Serpent Mound

As the myth of Columbus “discovering” America falls from the pedestal of established history, we are given the opportunity to discover the real story of the New World and the visitors, from both East and West, who traveled there long before 1492.

Carl Lehrburger is an environmental activist, renewable energy entrepreneur, researcher and author. He has studied archaeological and sacred sites in the Americas for over 25 years with a focus on the ancient peoples who came to the Americas long before Columbus. The culmination of his investigations is his book, Secrets of Ancient America.  He has published articles in Ancient American magazine.